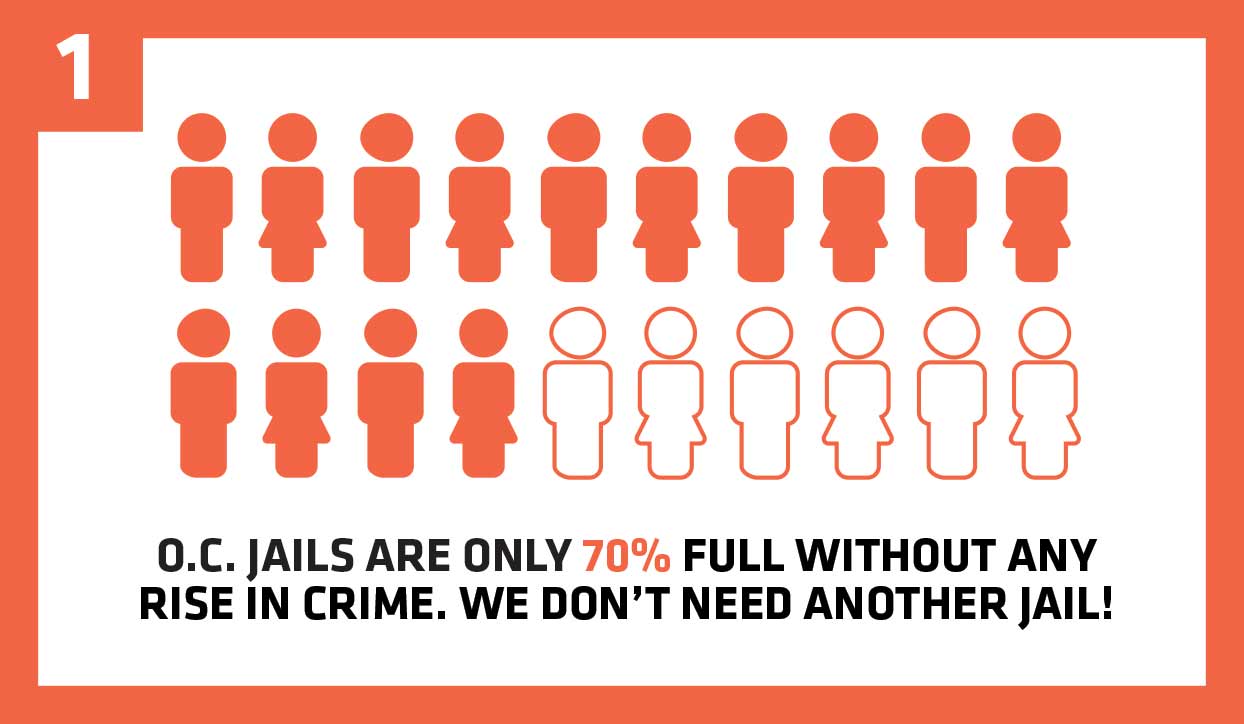 If we account for the four jails in operation (IRC, CMJ, CWJ and Theo), the OC jail system is operating at 70% capacity.

If we factor in Musick’s rated capacity prior to its 2019 closure, the OC jail system is operating at 53% capacity. The rated capacity of the five jails prior to 2019 was roughly 5,300. 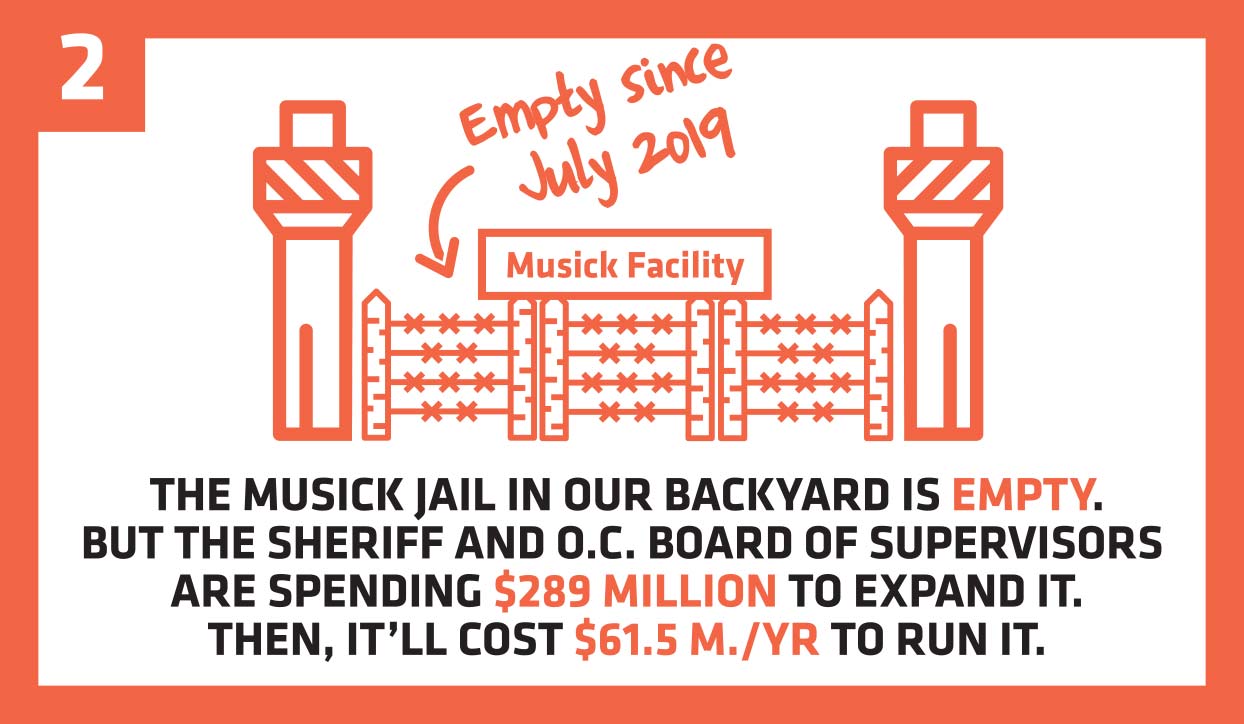 On May 5, the Orange County Board of Supervisors unanimously approved a construction contract with Bernards Bros., Inc. and amended a contract with Vanir Construction Management, Inc. to expand the vacant James A. Musick Facility. 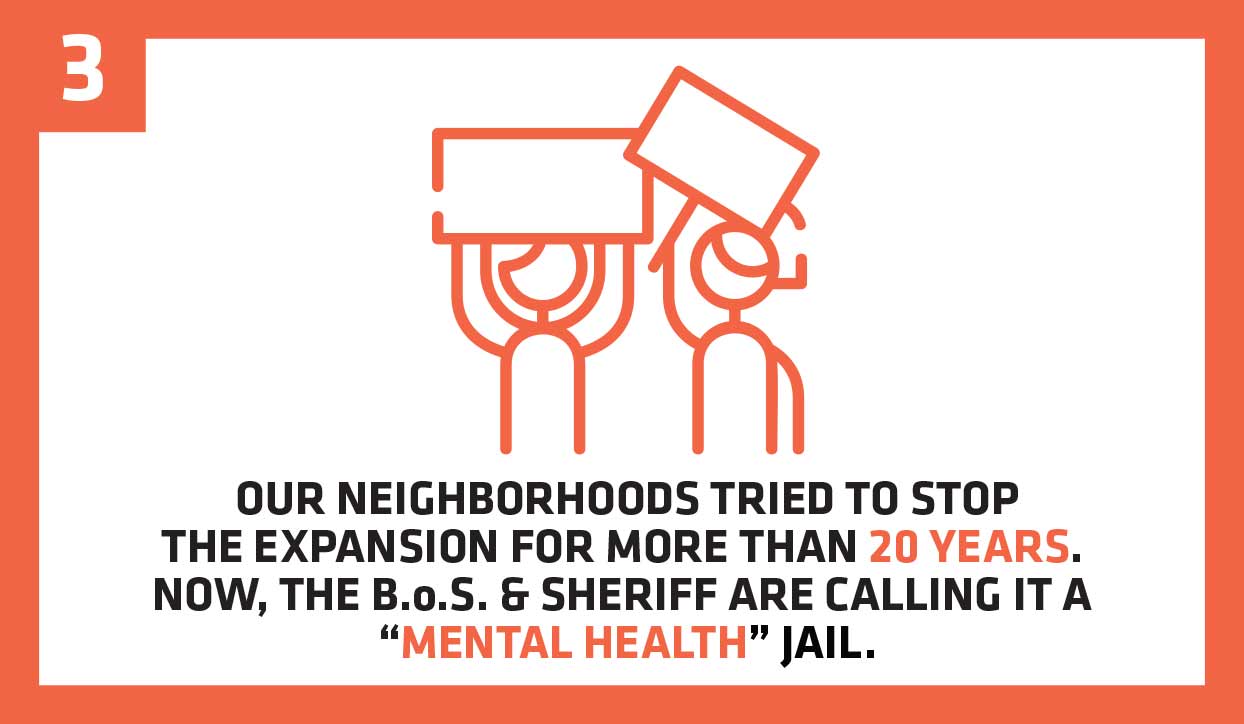 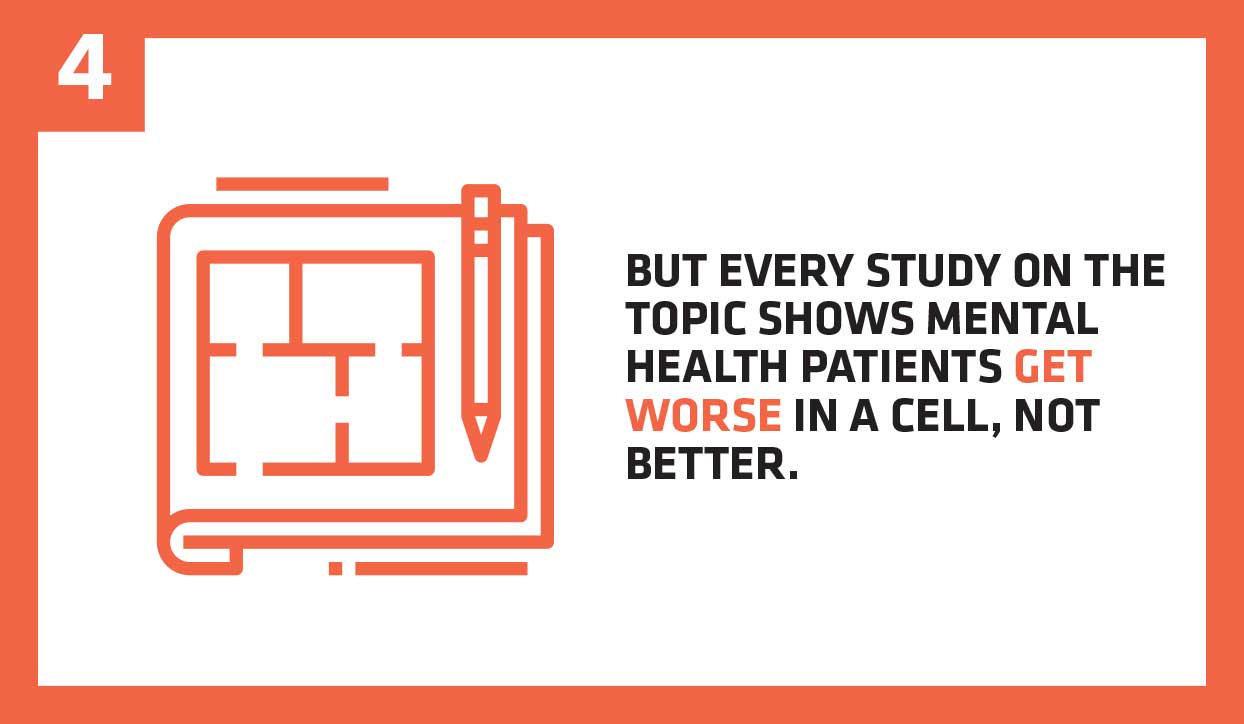 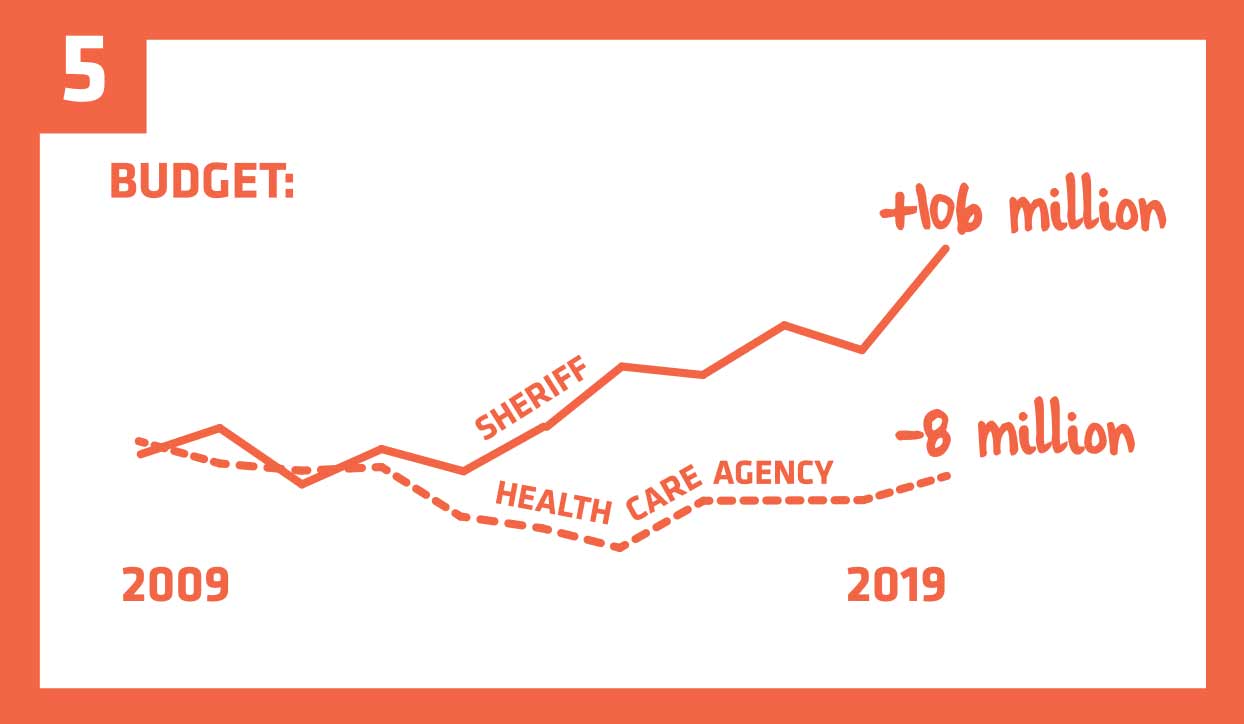 For a full breakdown, visit this in-depth article by Voice of OC 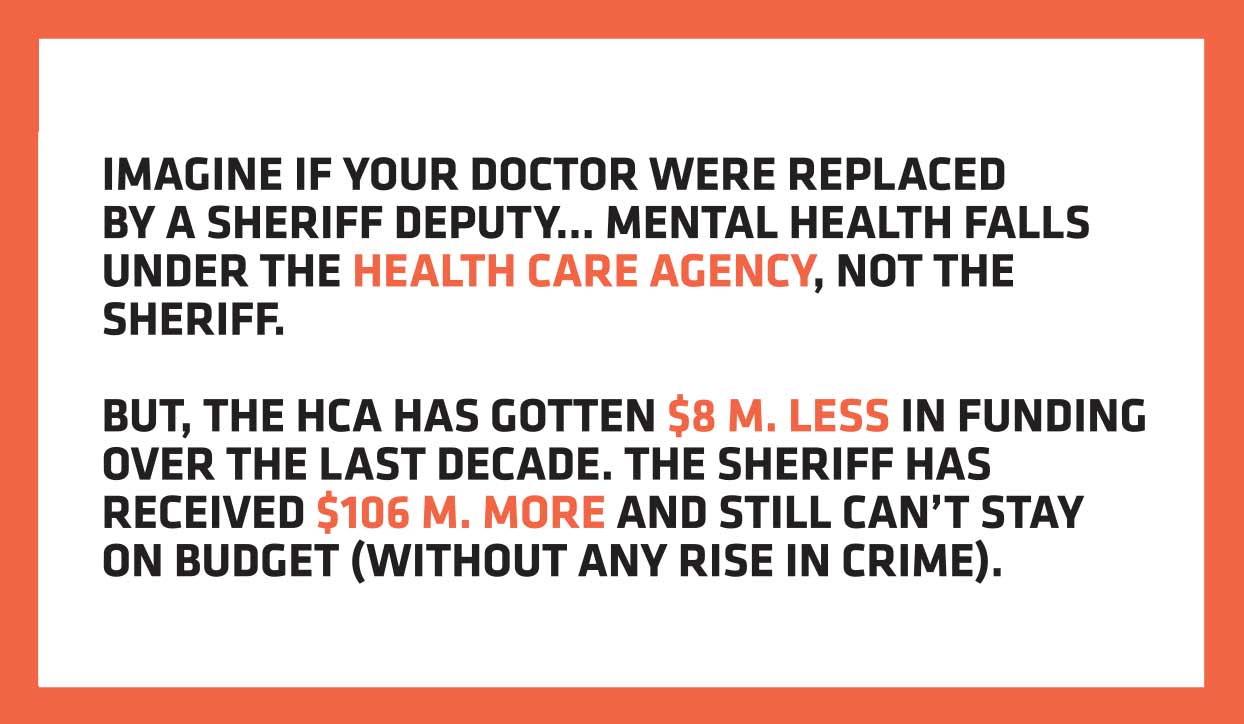 It's YOUR neighborhood too. Stay informed!

To stay in the know and learn what you can do, join our free e-newsletter below.

Actions you can take now: